The Magical of Ayam Cemani

In Indonesia, there are many cultural phenomena and mystical rites to do in many places. Indonesia is a Moslem country yet it was initially dominated by Buddhism and Hinduism. Therefore, there are many rites and mythical events hold for various purposes. The Indonesians love to do ceremonies in order to praise the Lords. Some rituals are conducted after the harvest. Some others are completed before holding a big event such as marriage party or any others. Of so many requirements that are possibly needed for doing the ceremonies, Ayam cemani is one of the most expensive ones.

The Cemani roosters are believed to give a superpower when featured as part of a ritual. Javanese believe that Cemani is able to fight against the bad power of demons and black magic. That was actually due to the ancient beliefs. Yet, people still love to use the black rooster as part of the ceremonies. The magical feature of the rooster makes it admired even more.

Many people believe that certain accessories and pets can bring bad lucks. Some people buy dream catchers to protect their tight sleep. Some others wear an old necklace in order to give them safety. And Cemani roosters have been long known as a unique animal that can bring good lucks. The owners believe that the roosters are precious belongings that bring good lucks. This makes Ayam cemani price even higher. 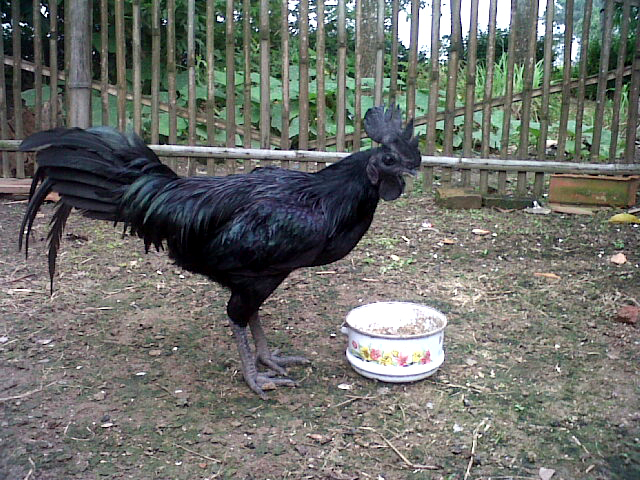 Ayam cemani can never look ordinary because of the unique appearance. Yet, the mystical rumors about the rooster make it even more expensive. Most collectors will know that the chicken is truly extraordinary. Do you dare to keep the black rooster at home?