By Cemani Farms | | No Comments | Uncategorized

The basic chicken behavioral repertoire of domestic chickens is fundamentally the same as that of their wild ancestors. That is to say, domesticated chickens who revert to a feral state are behaviorally similar to wild jungle fowl.

Jungle fowl are generally crepuscular; active early in the morning, asleep during the day, and awake again from late afternoon until dusk. At dawn, the males, also known as roosters or cocks, start the day by crowing loudly, reinforcing territorial boundaries and dominance relationships. 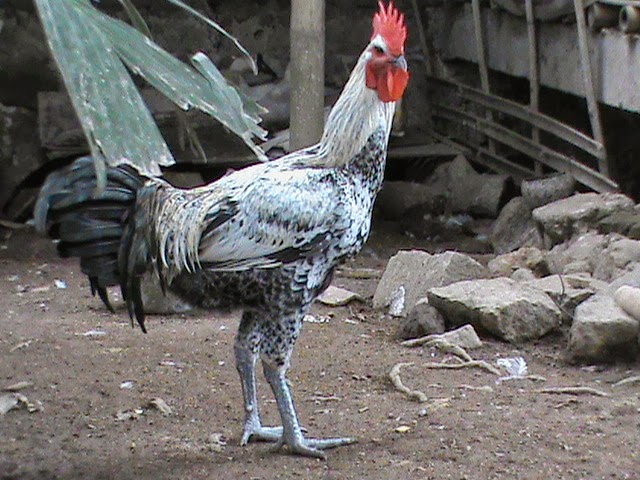 Jungle fowl spend a great part of their day foraging, walking, and pecking at the ground. Foraging involves scratching the ground with both feet, quickly moving backwards, and pecking at anything edible that has been exposed.33 A study of semi-wild jungle fowl at a British zoo found that, even though the staff fed the birds regularly, the jungle fowl continued to forage. Foraging is important for domestic chickens as well and, when given a choice, hens prefer to find their own food rather than take freely from a feeder, a phenomenon called “contra free-loading.”

Chickens use their beaks as a primary means of touching and feeling, as well as for picking up and manipulating objects. Their beaks are used in much the same way that we use our hands. The beak is essential for activities such as preening, nesting, and defense. Being extensively innervated and connected to the autonomic nervous system, the tip of the beak is very sensitive, and has neural receptors for touch, taste, and temperature.

Vision is important to chickens and the combined weight of their eyes is equal to that of their brain. Their visual ability surpasses that of humans, with color vision extending into the ultraviolet range and their visual field covering 330°.

Preening, the combing and fluffing of the feathers, is part of a bird’s routine grooming. Chickens also keep their plumage in good condition by dust bathing, which helps to remove excess oils.

Wild and feral fowl are capable of flying high up into trees to evade predators and they roost in the trees at night. They usually ascend gradually by flying short distances from lower to higher branches.45,46,47 As the light fades in the evening, the birds begin to seek out their roosting sites so that they are settled in their perches before dark. 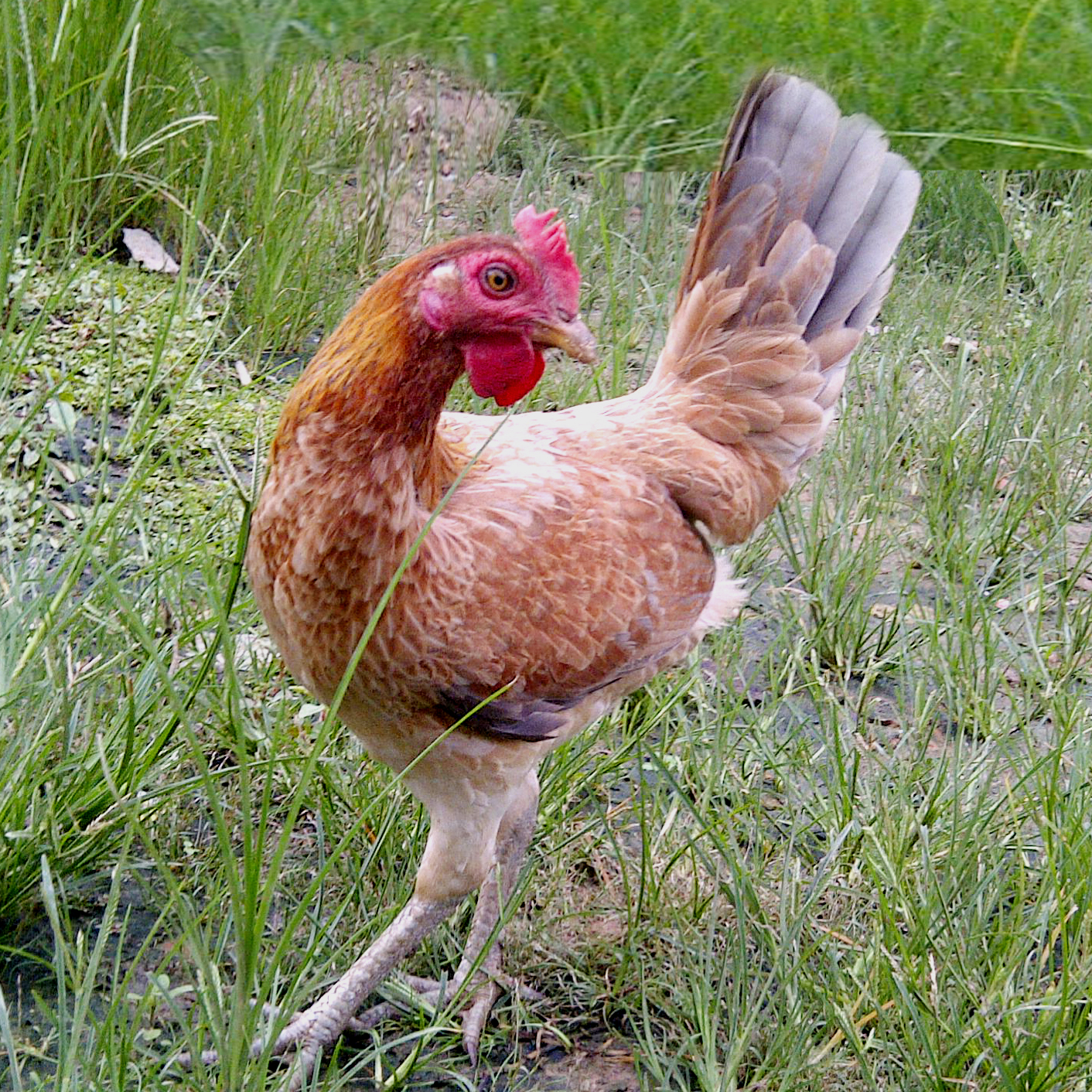 Red Jungle Fowl are highly social animals who naturally live in small, stable groups. A flock is often comprised of a single dominant male, who defends the territory, and several females and subordinate males. They engage in many activities as a group, such as foraging, resting, and preening.51 Males and females in the flock form separate dominance hierarchies, or pecking orders. Chicks gradually develop a social order within their broods as well.

The social nature of chickens is reflected in their communicator abilities. Males call to the hens when they find edible items to share. They perform “tidbitting” displays by picking up and dropping the food repeatedly and offering it to the hen.

During the breeding season, males become very territorial and guard fixed areas. Dominant males patrol the boundaries of their territory and keep other roosters away from the hens.57 Subordinate males may occupy areas within the dominant male’s territory, including the roosting area, but without female partners. Subordinate males frequently move in and out of different groups. 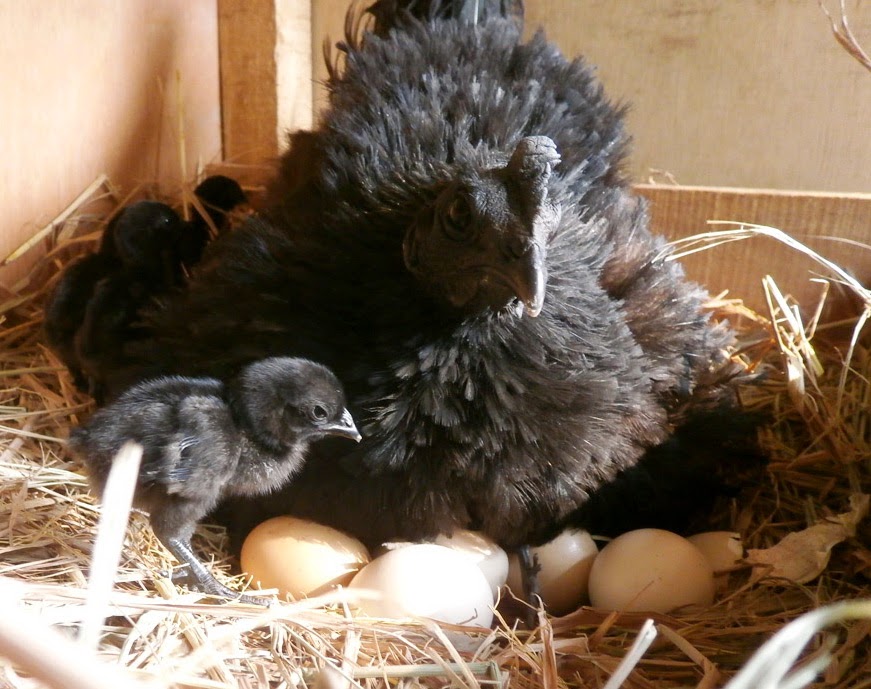 Under natural conditions, hens leave the group and find a secluded nest site when they are ready to lay their eggs.59 Wild jungle fowl nest in tall patches of grass, which provide cover for their broods. They may scratch out a shallow bed in the ground or under the roots of a tree, and line the “scrape” with vegetation and feathers.

Unlike most domestic hens, who have been selectively bred to lay eggs year-round, wild fowl breed and lay primarily in spring.63,64 The Red Jungle Fowl lays 10-15 eggs per year,65 and the average size of each brood is 4-6 chicks.

After laying her eggs, the hen sits on the nest all day and night for three weeks. She leaves her nest only once a day to quickly find food and drink water. It is also her only opportunity to dust bathe. During this incubation period, the hen and her chicks call to each other. Calls emitted by the developing chick embryos stimulate the hen to turn her eggs or to return to the nest when she is away.