By Cemani Farms | | No Comments | Junglefowl

Jungle fowl is the first species of chickens. Come from pheasant family, this species is a father of all chickens breed in the world, There is many kind and type of chicken breed in the world and all breed is come from Jungle fowl . In Scientific its also called as Gallus as his genus and followed other name as a species name. 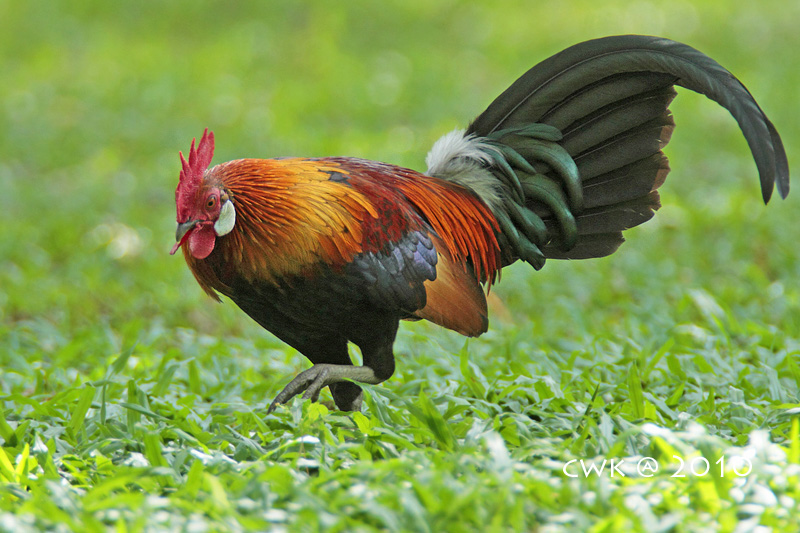 Scientific classification for the chickens is ;

Chickens has a comb above the head and two wattles below the beak. In Latin, gallus means comb, so domesticated chicken breed is called Gallus gallus domesticus.

The origin of domesticated chickens is comes from Red Jungle Fowl, all referring to his wild place. In terms of body shape and behavior is very similar to chickens or fowl as we know today. Male has different body shape,color, size and behaviour’s with the female ( sexual dimorphisme ).

Males has colorful and beautiful feathers, and the females is tend to be monotone color and little bit a dull. Cross breeding between the species has produced a hundreds of breed and hybrid of chickens.

There is four species of Gallus in the world, spread from India, Sri Lanka to Southeast Asia including Indonesia Archipelago. and the birds are identification as their color or origin place.

All the four of Gallus species is easy to be mark off, from their color, comb, wattles, and feathers style and pattern. mainly for the male.

Adult birds are reproduce seasonal. usually they star to produce at the first of winter. The Females are laying small number eggs between 5 to 7 eggs. its smaller number to be compare with domestic chicken breed.