The Intelligence of Chickens

By Cemani Farms | | No Comments | Uncategorized

The intelligence of chickens is often underestimated. Studies are beginning to show that these birds have remarkable cognitive abilities. Christine Nicol, professor of animal welfare at the University of Bristol, has studied social learning in chickens and stated, Domestic chickens show remarkable abilities to learn socially and to benefit from the correct and incorrect responses and experiences of conspecifics.

Their abilities to learn from others are not simple or ‘fixed’ in any way, but depend on the context and the social identity of both the observer and the demonstrator.

In one study, chicks avoided pecking at a noxious stimulus after observing the responses of other chicks. In studies with hens, those who had watched a trained hen peck one of two colored keys to obtain food performed better than those who did not observe a trained demonstrator, indicating that chickens can learn by observation. Interestingly, the social status of the demonstrator affected the other hens’ degree of learning. While the behavior of all the demonstrator hens was similar, the observers learned more readily by watching dominant hens. 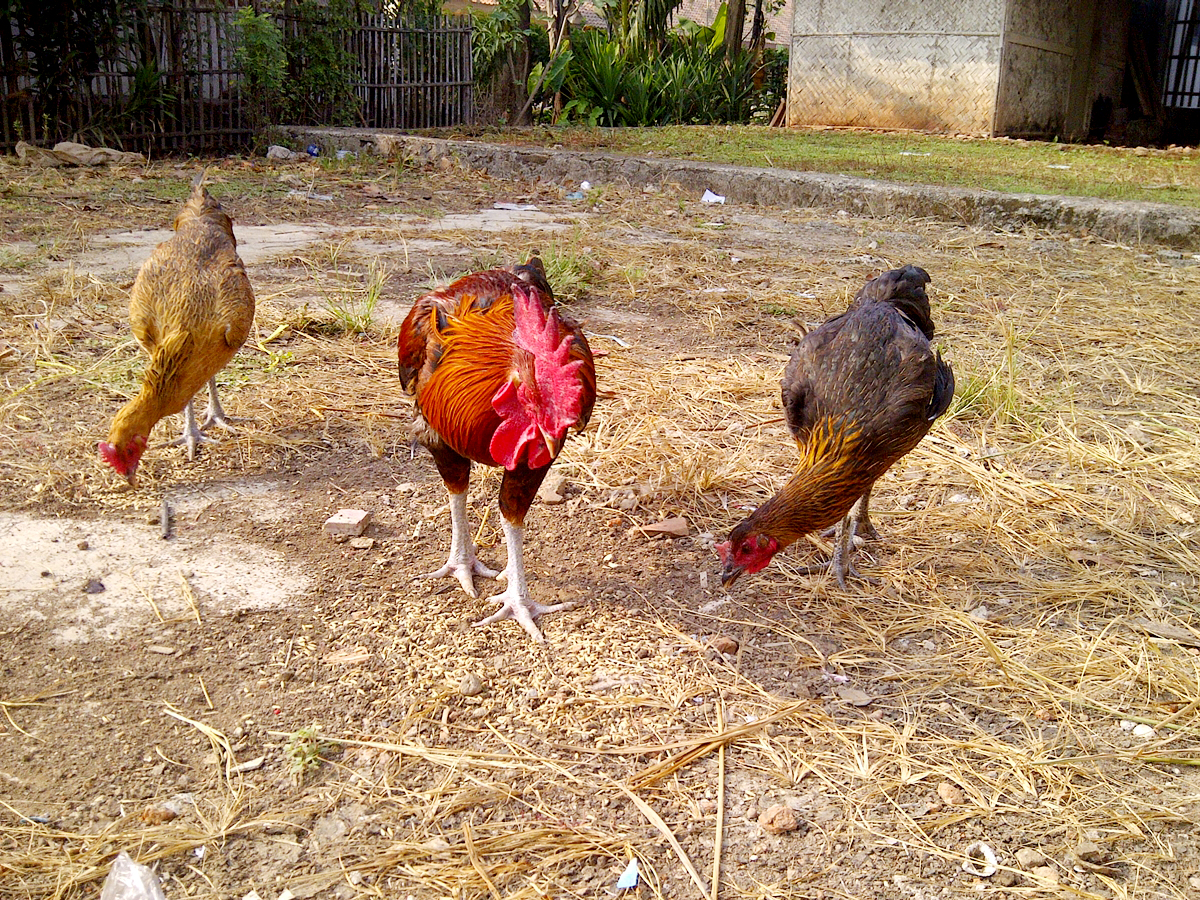 Research has shown that newly hatched chicks have basic numerical competencies, in other words, they can count. A 2007 study showed that chicks have a basic understanding of ordinality up to ten. This experiment was the first to test numerical skills in such young animals (the chicks were only a few days old), and the upper limit of this ability has not yet been determined experimentally.

A study published in 2002 found that chickens may also have a sense of time. Hens were trained in a laboratory to peck a touch screen computer six minutes after they were shown a symbol on the screen. After the six minute interval had passed, birds who correctly pecked were rewarded with feed. The combined data from many trials showed that hens tended to peck the screen 6-7.5 minutes after the designated start of the timed session, demonstrating that they had an approximate sense of the correct amount of elapsed time.

Studies have also shown that domestic hens can form expectations and anticipate the future. In one study, after training hens to expect food in a particular situation, researchers subsequently prevented them from obtaining food under the same circumstances. When denied access to food, the hens emitted more of one specific type of call, the “gakel-call.”

Subsequent research showed that the number of gakel-calls emitted increased with the length of time hens had been food-deprived. Together, these studies suggest that the gakel-call is indicative of frustration. Researchers in the U.K. demonstrated that hens can predict outcomes and exhibit self-control in order to obtain the best outcome. When given a choice between a two-second delay followed by access to feed for three seconds, or a six-second delay followed by access to feed for 22 seconds, the hens often held out for the larger reward.

Researchers in Italy have demonstrated that young chicks are capable of forming mental images and understanding that an object continues to exist even when it is no longer visible to them. In these studies, chicks were required to locate an object on which they had imprinted when it was only visible through a small window. To reach the object, they had to maneuver past several obstacles and retain a mental image of the object even when it was out of sight, a task which the chicks readily accomplished.

This experiment demonstrated that chicks have a sense of “object permanence,” a theory in child developmental psychology devised by Jean Piaget. It could be said that this ability in chickens exceeds the mental capacity of infants, because infants do not develop a sense of object permanence until around 6-7 months of age.

Research conducted since the 1950’s demonstrating the significant cognitive abilities of birds, combined with new insights into avian brain evolution, have led an international group of scientists to call for a revised classification system for the avian brain that finally acknowledges similarities to the mammalian brain. In fact, cognitive skills once thought uniquely human are now recognized in a variety of avian species.

In her exhaustive work on the development of the chicken brain, Lesley Rogers, professor of neuroscience and animal behavior at University of New England in Australia, concludes: “With increased knowledge of the behaviour and cognitive abilities of the chicken has come the realization that the chicken is not an inferior species to be treated merely as a food source.